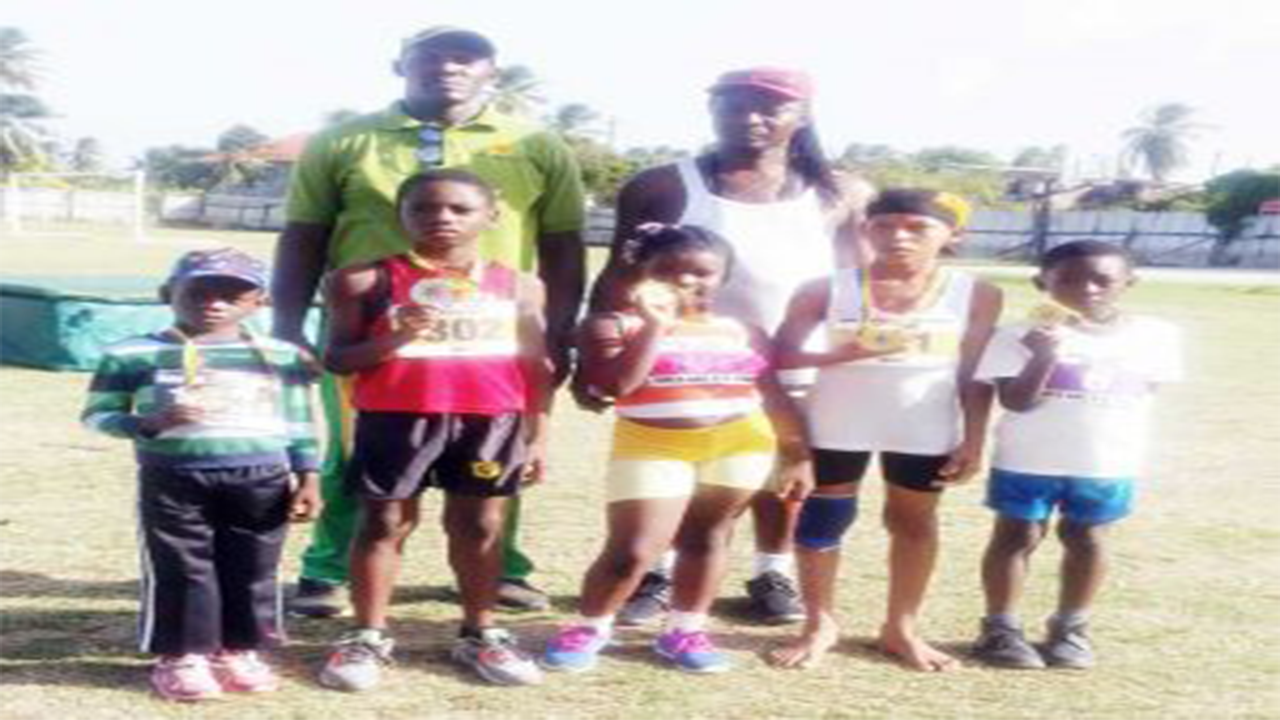 The third Kingmedas Pansy Adonis classic that concluded last week Wednesday was a huge success, thanks for the many participants along with invaluable support of all the sponsors, according to the organizers of the event who are delighted with the results.

The games saw many firsts for Guyana where a day was set aside for field events only where youngsters competed in Under-7, Under-9 and Under-13 categories of the turbo javelin, discus and the shot put events. This was achieved with the help of the dedicated coaches at the event that assisted the youths and it was a great feeling to see them perform, the organizers expressed.
With the absence of a lot of top athletes, the organizers of the event stated that it was a blessing in disguise and they got the opportunity to make their point of the many young talent that exists in Guyana, the main reason for the King Medas Pansy Adonis foundation’s objective of targeting schools.
During the four-day event, Jamaican athletics Coach Michael McIntosh expressed delight with all the promising talent witnessed and noted that Jamaica has been able to dominate in the world of athletics because of their focus in the schools where the bulk of the talent exists.
The organizers were very pleased with the undiscovered talents that were displayed and were promised by the National Sports Commission (NSC) through their head, Chris Jones, that next year they would receive more support for the event, that sentiment was expressed by the event other major sponsor, Banks DIH, through representative, Errol Nelson who was also present at the event.
The entire event over the four days was video-recorded and will be posted on its website Kmpasport.com in a few days along with the results which is another first for Guyana. Over 79 persons registered online, while some choose to register on the day of the event that ran off incident free.
Laptop computers were given to the two top performers in their CXC exams, while there were five desktop computers given out to the runner ups, while children that produced their report cards received flash drives.
Record holder, Winston Messenger, won the feature 5k race for the second time and the organizers expressed thanks to all the athletes that participated and the many sponsors of the event including, the St . John’s Ambulance Brigade for sending some wonderful nurses.