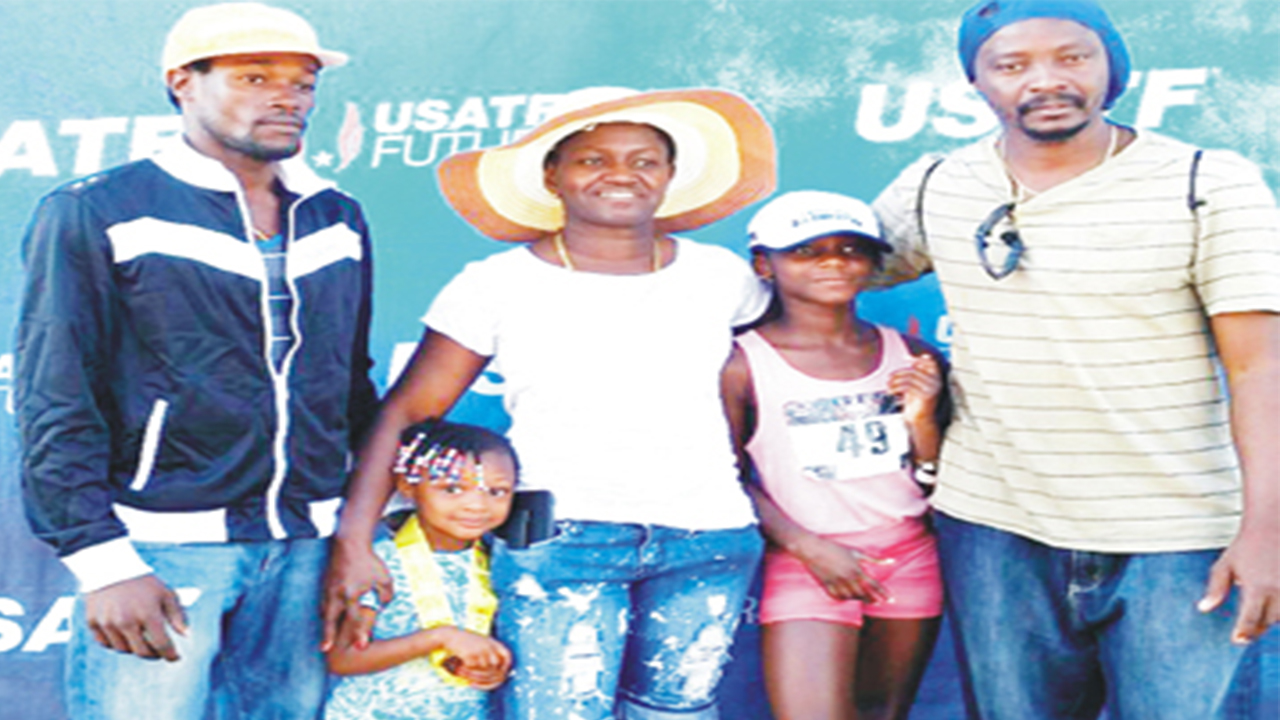 For the past eight years Andy Medas-King, the founder and organizer of the King Medas Pansy Adonis Classic Road Race and track meet has been instrumental in changing the way track and field are done in Guyana.
Medas-King is a former athlete during the 90s and was Champion Male Athlete for Guysuco in 1994 and also shared the Champion Male Athlete with Clifton Tom at ‘Agri’ Games.
He was also Champion Male Athlete at Guyana National Service Games held in Kimbia, defeating the then Champion Sergeant Stewart.
The Guyanese born Medas-King resides in the USA and is a Level One USATF Coach there. He has dedicated his time and money helping to promote track and field along with Education in Guyana.
“I really need help from the private sector to keep this games going but I don’t need the raw cash. All I need is the commitment to contribute. Once they can pay the athletes I’m good, if I buy the trophies and get reimbursed I’m good,” said Medas-King.
“All I need is the support to keep the games going so that we can get athletes to represent Guyana at the Olympics, World Championships and other games in the world, that’s all while making sure that they get an education,” explained Medas-King.
The US-based Coach said once he can get sponsorship to pay officials and staff, added that if supermarkets provide Foodstuff he will get the food cooked for the athletes. He also wants the Government to waver the duty when he sends gear and sports equipment to Guyana.
Among the things Mr Medas-King and his foundation have done that the present Government, who promised so much to the young people, allowed to slip through the cracks, are donating over 850 Running Spikes, investing more than $30Million Dollars directly to the development of track and field in Guyana, Introducing Turbo Javelin to Guyana for kids as young as 4-14 years, introducing shot put and discus instead of Softball throws.
The Foundation also rewarded Athletes with laptop Computers, SD Cards, Flash Drives to athletes for their performance at CXC and CAPE, Introduced the fastest kid in Guyana 100m race, collaborated with the Schools to Participate in Games, Dug Long Jump pits at Lusignan community Centre and Buxton community Centre grounds.
They contributed to the Annandale Secondary school awards and also built an all-weather run-up to the jumping pit at President’s College.
The foundation was the first to record the entire games (road race and track Meet) for four days and posted it on YouTube. They also were the first to use online registration where you go and register online for the games and had a track and field website KMPASPORT.ORG in Guyana.
They are the only Track Meet in Guyana’s history to award 1-10 place in all categories from 6&under to Masters.
These are just a few of the long list of things that Medas-King and his Foundation have done and the Government of Guyana regardless of the effort never took the initiative to build on this platform.
“It’s sad when an organization run by a few people with limited resources can do so much yet we have a Government that has the resources and are mandated to develop our athletes have turned a blind eye,” lamented Medas-King, who left Guyana in 1997.
The KMPA Foundation is seeking assistance from local businesses to continue to develop athletes and country, the track records are there. Google his name Andy Medas-King or his organization’s name is KING MIDAS PANSY ADONIS Foundation and YouTube all the information and check out his website KMPASPORT.ORG for information.
“If I could have only gotten support, our athletes would have been better. I was able to get athletes from the Usain Bolts Track Club in Jamaica to come to Guyana and compete. I brought one of Jamaica’s top coaches (Michael Mc Intosh), a level 4 coach, to Guyana in December 2017 and I am in talks to bring 5 top College Coaches from The USA to Guyana yet still no support from the Government,” Medas-King lamented.
“Sometimes you have to imagine what else can you do to get the support yet still when it’s a dance or stage show many government agencies supports it,” said Midas-King, who lived in Jamaica from 2003-2006 and during the time he traveled to the Cayman Islands before he moved to the USA.
The former Athlete said it was in Jamaica that he really got interested in Track and Field and made a few connections in that fraternity.
Midas-King disclosed that the KMPA Foundation set the foundation for the Allian Pompey Track Meet and all other overseas-based track meets in Guyana yet still they have never been recognized for their achievements with the AAG giving out awards to organizations that have never done half of what the KMPA Foundation have done.
“Colin Boyce my friend and I assisted with Boyce and Jefford with their annual track and Field Event,” said Medas-King.
Medas-King feels the past and present Government have ignored his contribution to Guyana and also feels there should have been meaningful consultations before the National Sports Policy was announced.
“How can you draft a policy like that without the input of the various sports bodies? In my view its 90% short of what it should stand for.
This bill is very important for the good of the country and the athletes and coaches and none of them had an input in the draft,” said the 48-year-old Medas-King.
Medas-King, viewed by many as a game changer in track and field in Guyana with his games, feels the sports policy team should have met with the coaches and heads of the different organizations to move ahead with something that will work for the people.