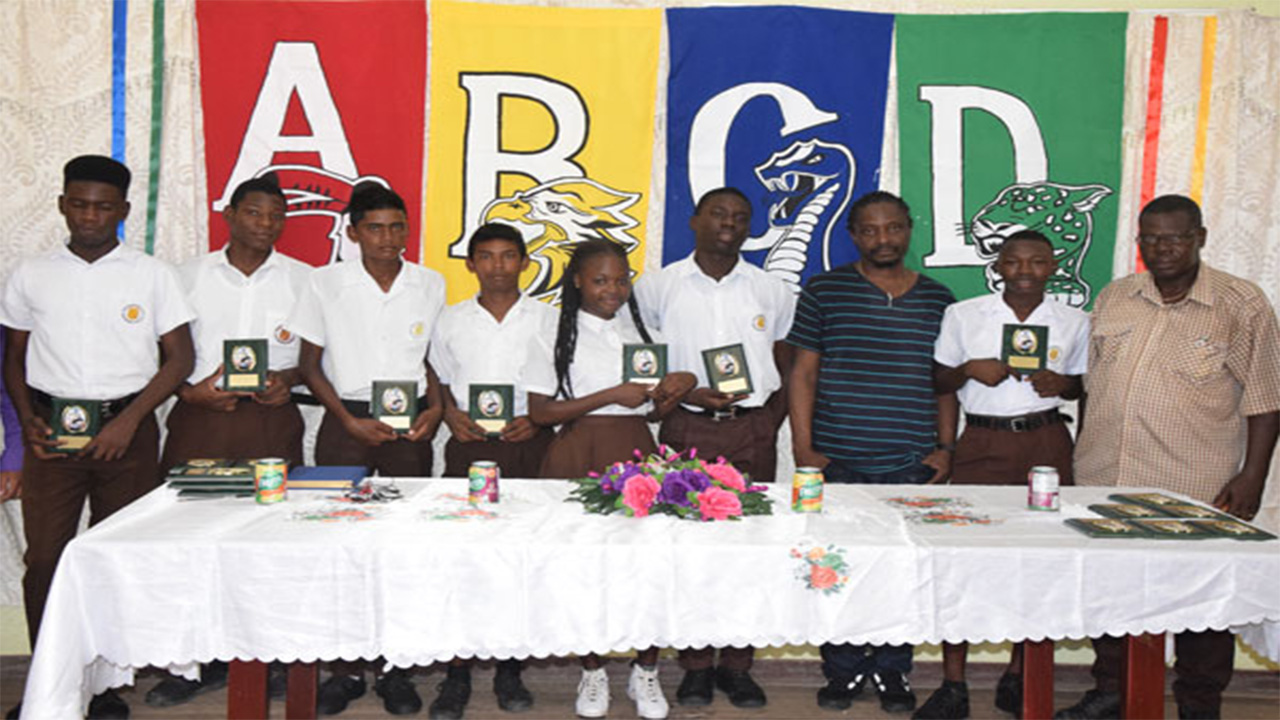 25 student-athletes of the Annandale Secondary School were awarded for their outstanding performance in the various categories of sports. Andy Medas-King of the King Medas Pansy Adonis (KMPA) foundation was present at the ceremony, which also saw head of the Ministry of Education’s (MOE) Physical Education Department, Nicholas Fraser, at the simple but significant event.
A total of 19 awards were handed out with National under-17 footballer Troni Semple copping a total of four, including the school’s senior sportsman of the year award, while Isanah Rogers won senior female sportswoman of the year award.
Deputy Head teacher of the Annandale, Deon Abrams, congratulated all the awardees for their contribution to the school’s improved performance in Sports and stressed the importance of balancing academics with sports. He also mentioned that that student who didn’t received any awards this year; he hopes will motivate them to do their best.
Medas-King stated in his opening remarks called on parents to be tolerant and supportive of their children who want to do sports and academics and he explained how the two goes hand-in-hand.
“Although Education is important, the right mix of sports is ideal. Sports can even help pay for your education and most of the top colleges (in America) don’t accept students based purely on academics. They usually opt for the rounded students, be it athletics or some other sport or extracurricular activity,” Medas-King noted.
It was announced that Annandale received a 100% pass rate in P.E. last year inclusive of 13 grade ones which was taken with much delight by MOE’s Nicholas Fraser and he applauded the students for their outstanding efforts.
During the awards ceremony, Medas-King announced the that the 2018 KMPA Classic Road Race will be held on September 23rd at Bachelor’s Adventure on the East Coast of Demerara with over $4million in cash and prizes to be won.