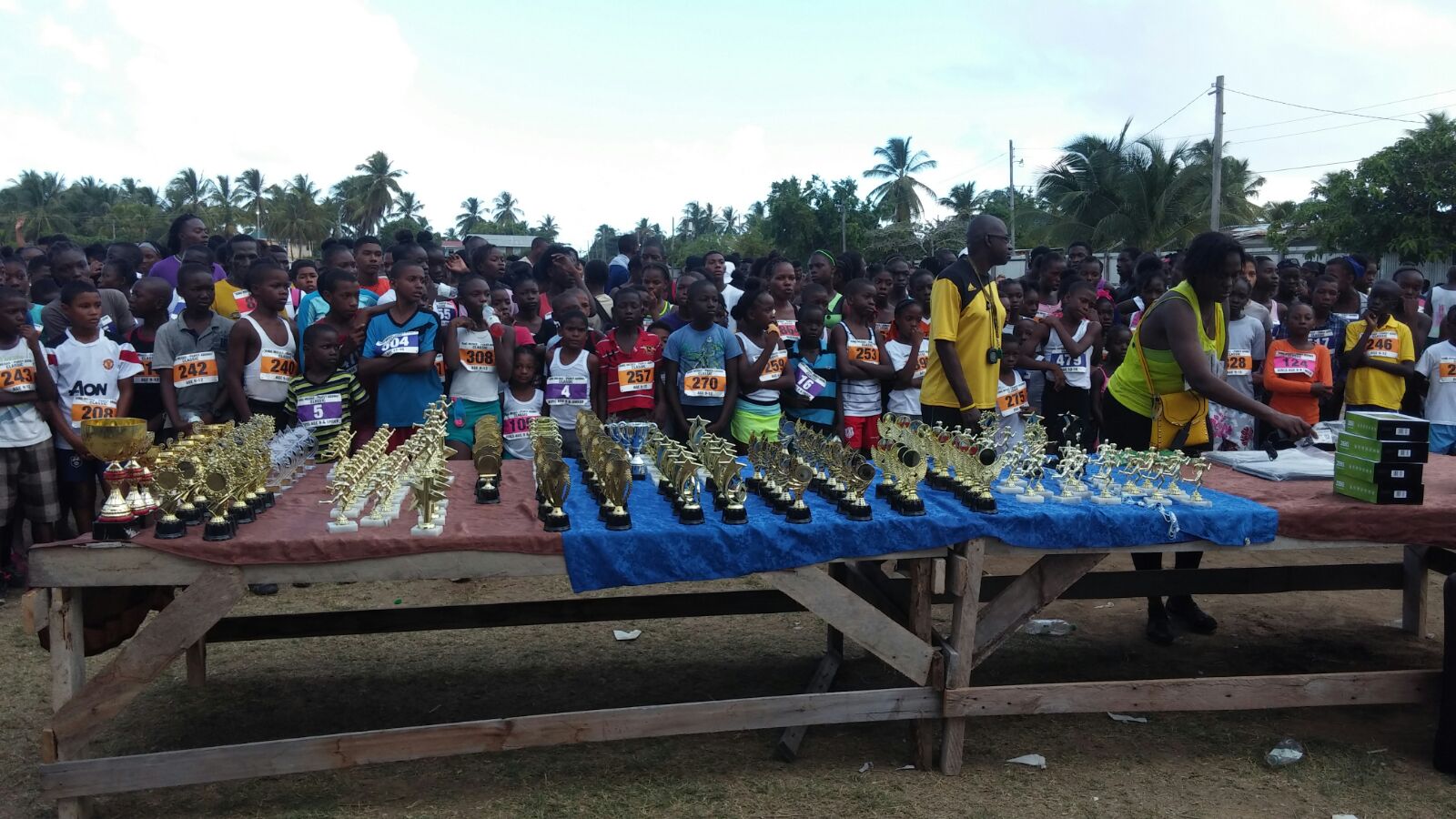 The 2018 King Medas-Pansy Adonis (KMPA) Classic which features athletes from the Under-8 to Masters’ category competing in Track and Field is set for four days of excitement from September 20th to 23rd with over $4million in prizes up for grabs. The track and field events will be contested at the Lusignan Community Center ground, while the feature road race event will begin at Bachelor’s Adventure, both on the East Coast of Demerara.
This information was disclosed by organiser of the event, Andy Medas-King, during the official launch of the games’ second annual edition at the Studio of Safetv Channel 2 in South Ruimveldt Gardens, yesterday.
Medas-King described the games as, “A nursery for athletics in Guyana. Athletes will be competing from the tender age of three to the masters’ category.” King further posited that he’s, “Trying to get the youth involved from very young for them to grow with a competitive nature which I hope they can transfer into their academics and we all know the benefits of being a balanced student.”
This year, the 110m and 400m hurdles event has been included with the intention of introducing the event locally since Guyana usually lack competitors in the event at regional competitions.
The games, which are open to the differently-able, will also have keen action between schools with all 10 regions being targeted to compete. In the 17-20 years category, athletes will receive a grant for whichever learning institution of their choice.
Coach of the Running Braves Athletics Club, Julian Edmonds, expressed his delight with the track meet, “(The Junior Olympic games) is a huge event, a lot of talent from the various clubs and school system are discovered and what I also like is the fact that if ten athletes from one school want to compete, they all get the opportunity to do so.”
In a big to maximise safety during the field events’ day, the rubberised turbo-javelin and 1kg shot will be used for the younger kids.
On the initial day, field events will be competed from 10:30hrs inclusive of the Long and High Jumps, shot put, Javelin and Discuss which will see participation in all age groups. Thursday, September 20th will also include the heats in all age groups of the 4x100m, 4x400m and 4x800m races.
The 1500m finals, 100m finals and 800m finals will race off on day two inclusive of the 200m and 400m heats along with the 80m and

From left, Coach Julian Edmonds, Andy Medas-King, Shaquille Adonis and Lorrianne Adams during the live broadcast of the launch of the Junior Olympic Games yesterday at Safetv 2 Studio.

110m hurdles finals, all beginning at 09:45hrs.
Day three will speed off from 09:45hrs with the usually enjoyed finals of the 400m, 100m, 200m and 400m hurdles, sprint races.
Meanwhile, the signature day which will have the big money, 5k road race, will be on Sunday, September 23rd at Bachelor’s Adventure. In the senior male and female, male and female 17-20 years and the Teachers’ Male and Female along with the Government officials’ male and female categories, there will be cash prizes awarded from 1st to 10th places.
The biggest race, the Senior male 5k will carry a winning purse of $50,000, 2nd $40,000, 3rd $30,000 while the senior females will see the winner running away with $40,000, 2nd $30,000, 3rd $15,000.
In addition to cash prizes, 1st to 10th place finishers will receive a trophy, while some lucky student-athletes will receive sponsorship from the King Medas/Pansy Adonis Memorial. There are two laptops and five desktop computers also to be won.
Among the sponsors of the event are Shelmacphotos USA, Ansa Mcal, University of Guyana, Prodigal, Sybil’s Bakery Queens, Banks DIH, Daddy’s Enterprise, Star Party Rental, Payless Variety Store, NSC, Ministry of Education, Wake Up Guyana Show, Prince Shipping, Island Express and the Adonis Family.
“While they are a lot of sponsors onboard for the event, it costs US$12,000 to run the event and other sponsors are encouraged to come on board. Not really through cash but through stuff like supplies and accommodation,” Medas-King concluded during the launch.