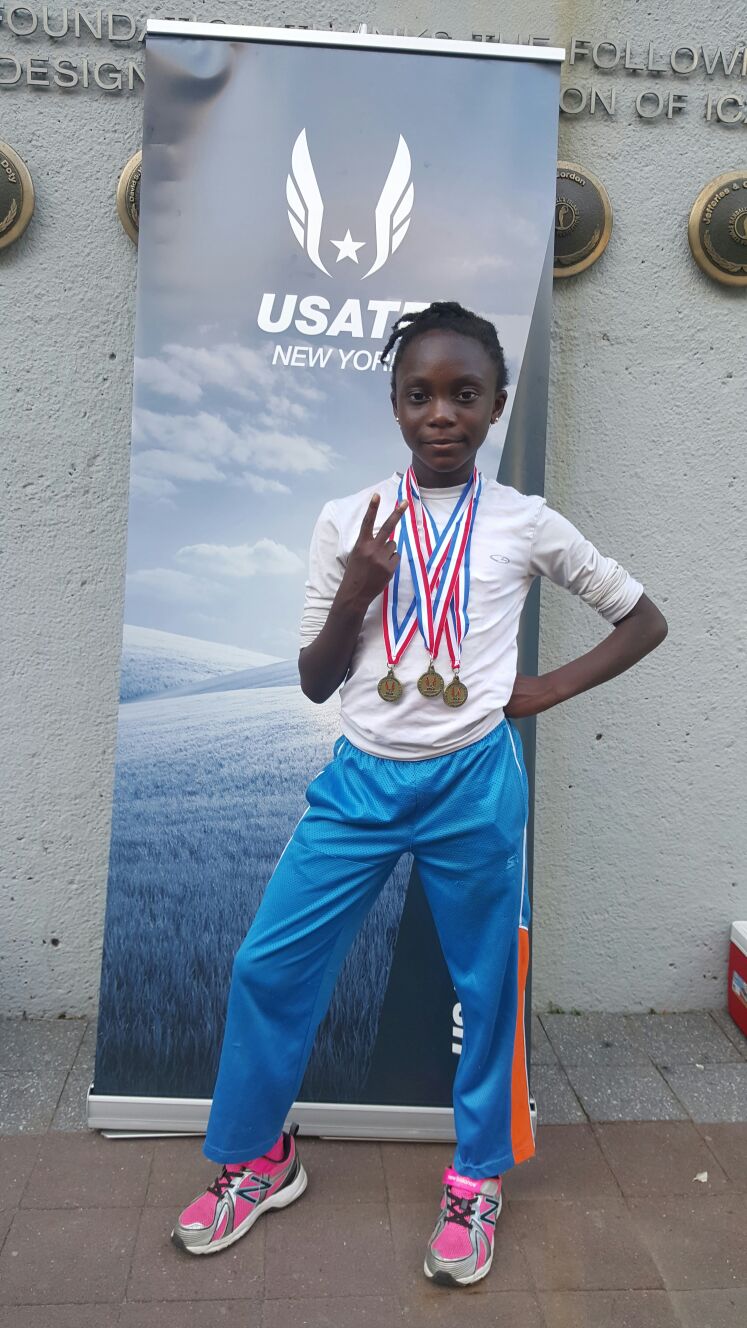 On Sunday last in the most anticipated event of the day, the girls 400m 11-12 age group, with the big names from across the North East United States with names like Adilla Trim and Alissa Graham, all of whom have sub 60sec times, squared off at the Ichan Stadium for the title. The race lived up to the expectations of many and it was a battle right down to the finish line where Kcaysha Medas-King came out victorious.
After the race, Kcaysha said it was good to know that she was able to come out on top in a time of 100.5 sec only to return to win the 200m title in a time of 27.04 sec. With the wins coming at the right time, Kcaysha Medas-King will be off to compete at the prestigious Hershey’s Games from the 27th June to the 1st of July at the Brockport State University track in Upstate New York.
It was two years ago in Pennsylvania when Kcaysha got the name the finisher and won the 100m, 200m and 400m something she said she’s hoping to repeat. After this championship Kcaysha would square off for top honors in the regionals on July 12-15 at the Ichan Stadium. Once she qualifies she will be heading to the National Championship in North Carolina where she will square off for top honors in the country at the USATF National Championships.